I just printed out the minutes this weekend as as time allows I will read them and formulate my own opinions to share with all of you. Ever since 2013's fanfest I have found Eve to a a largely divided player base. Interestingly enough the minutes seem to reflect that in great detail. So lets proceed into the fist session. Download them here:
http://cdn1.eveonline.com/community/csm/CSM8_August_Summit_Minutes.pdf


FIRST PARAGRAPH I have issues with what CCP Pokethulhu says and I quote:

"Pokethulhu pointed out his role as an interim EP was needed to handle the basic day to
day tasks of the role. Pokethulhu stressed that he doesn't intend to take or hold the
position. He further stressed that his full-time job has nothing to do with his marketing
duties."

"It doesn't signal any intention on CCP's part that marketing is going to drive the development of the game."

Did we forget something here? This is only a half truth. Let me refresh your memory and while I am SHAME on CSM for giving this a pass. Only a few of the things that I will discuss in this article were brought up before they were releases to the Eve player base and most of them were not. They were not happily accepted at fanfest either. There were times when they spoke about these new things and CCP was greeted with silence.

Here is a link to the video at Eve Vegas by CCP Pokethulhu (David Reid
EVE Vegas 2013: The EVE Universe - A possible future
http://www.youtube.com/watch?v=4dRlgzE_7FI 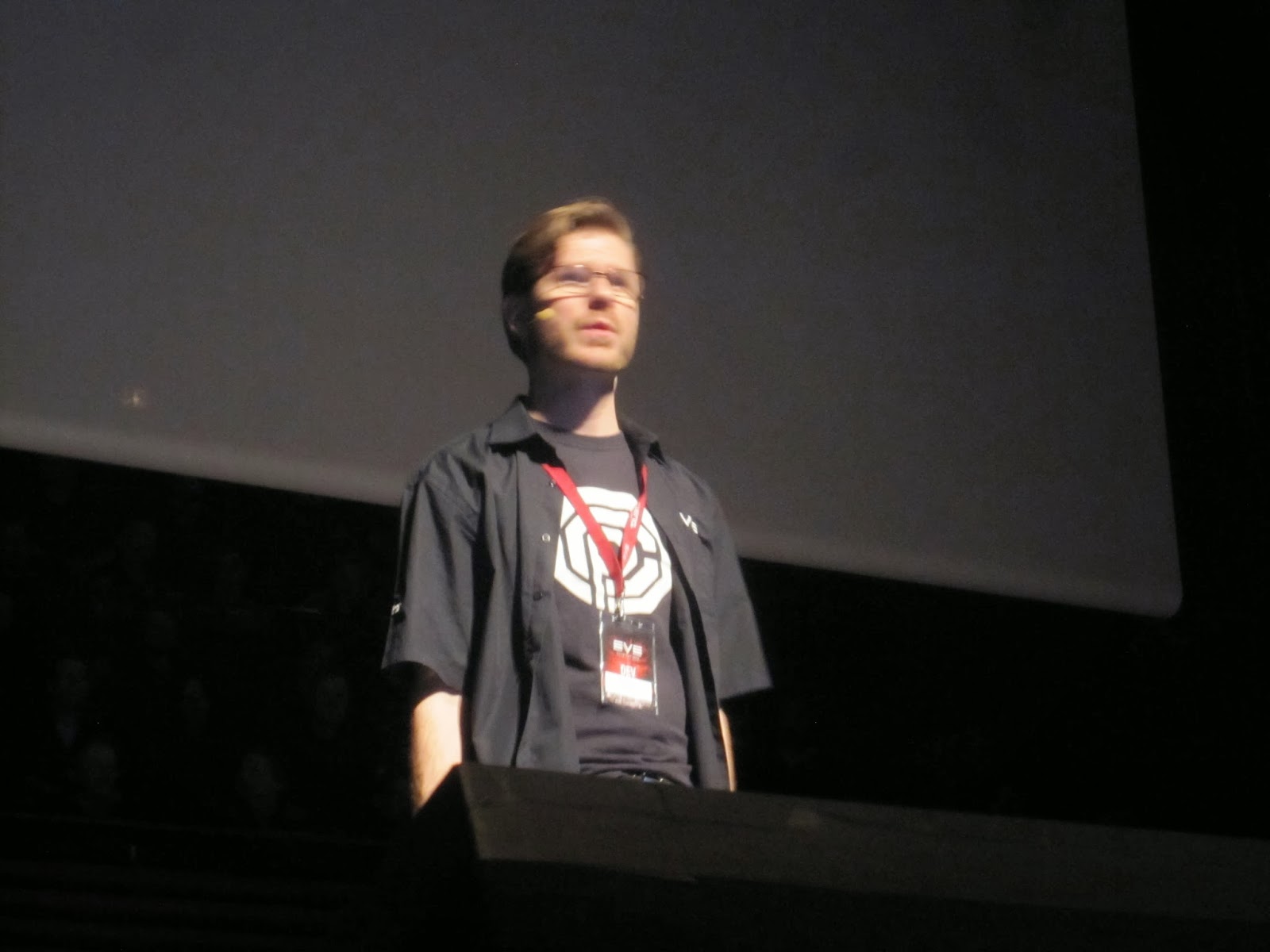 While I was at fanfest I took notes and pictures. While he was onstage he spoke about many things and his connections to marketing and making Eve succeed in larger things are rest assured a top priority for both CCP and himself.

He not only spoke about the present and the future, just like ALL of the CCP developers did at this fanfest. They spoke about:

They also spoke about micro-transactions which we all know went over SO well this summer. Here if a video on that as well.  http://www.youtube.com/watch?v=a_M3xPZSK_c

...and with this chart they are DUPLICATION this for every division that they cover. 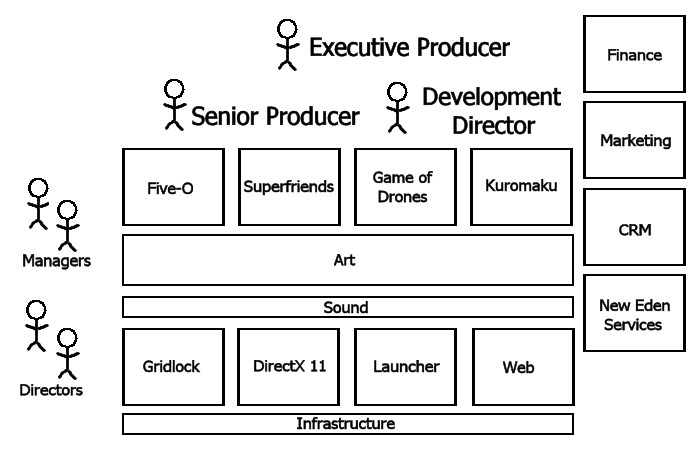 So this will dilute the funds even more, stretch staffing out that further and make it to where it will take forever to get anything done. Remember the this blog in in response to the minutes from the August Summit! 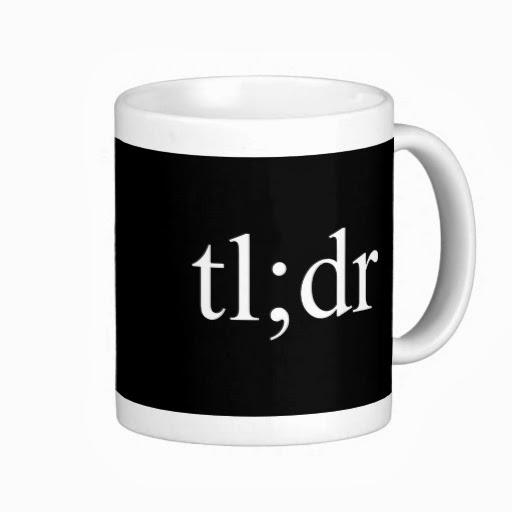 CCP is going to continue to promote Eve into bigger and better things and in turn they will dilute the one thing that got them here to begin with. Eve Online. The fact that the CSM gave them a pass on this is horrible and the CSM should be ashamed. I am not impressed with the minutes so far. The integrity of the sandbox has been compromised.